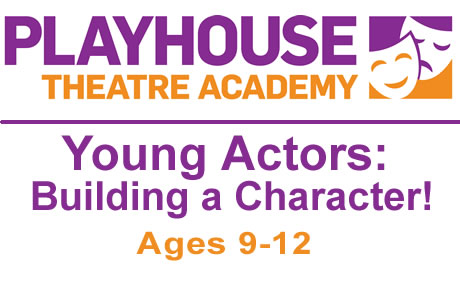 Building a character is the foundation of acting at all levels! It is a wonderful way for you to explore what it’s like to live in someone else’s shoes! In this class, students will learn about the important tools an actor needs: body, voice and imagination in order to create original characters and fun skits with their peers. Through a variety of fun exercises, improvisations, and scene work, students will develop personal understanding of playing an action, being in the moment, and other fundamentals of acting. Share day on the final day of class for family and friends!

Originally from the Atlanta area Christina holds a Bachelor of Arts in theatre from Georgia College. For the past 6 years Christina has worked at Florida Repertory Theatre as the Assistant Education Director in which she has directed, choreographed, and taught a multitude of musical theatre classes for all ages. Selected directing credits include The SpongeBob Musical, Matilda, School of Rock (Florida Premiere), Madagascar Jr (Florida Premiere), and Legally Blonde Jr (Junior Theatre Festival Cut-awarded Outstanding Production). Since moving to Connecticut this past June Christina has choreographed for Hartford Stage Education’s summer program, worked as a teaching artist for Playhouse on the Park, and currently is the Arts Education Collaboration Coordinator at Goodspeed Musicals.